End of November/December
Michelle Boddy’s tea dance at the end of November is a favorite of ours and we had an excellent time again this year. As always it was a full house in the village hall in Swinderby with people coming from far and wide to enjoy the afternoon of old time dancing. At the beginning of December we managed to get to Summertime’s club dance on the Monday afternoon, it is always worth travelling to Normandy for such an excellent afternoon of old time dancing where we always receive a warm welcome. The first Christmas dance we attended was Culm Valley Merrymakers on the 2nd December. It was a great evening with plenty of old time dancing, fun dances lots of prizes and Audrey’s cup of tea, a great start to the festive season for us.
Eype’s Mouth
The beginning of November is Eype’s Mouth time, when a group of friends get together in a small Hotel at Eype’s Mouth to enjoy a holiday with fun and games, laughter and dancing. This was the second year and the group of friends was largely the same except that, Dot and Ken Allen were unable to be with us and Hilary and Nigel Carter from Farnborough joined us. We are a self-managing group and everyone has a title: 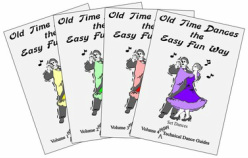